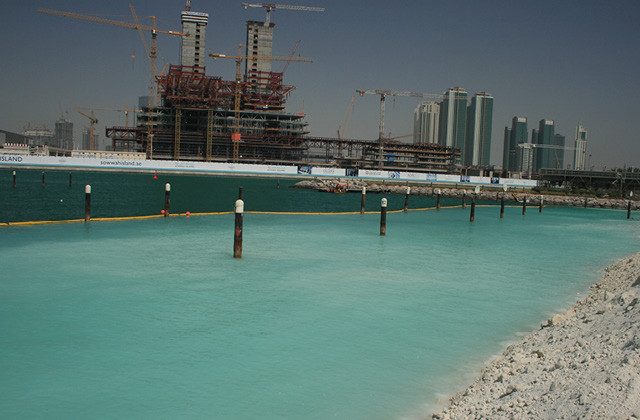 We recently wrote a post about silt curtains being used for a much wider range of purposes than dredging and reclamation only (link here). We now would like to share a follow-up post with you, focusing on silt curtain choice of depth.

The aim of a silt curtain is to act as a settlement pond and allow the silts time to settle within the contained area to reduce the spread of silts. Silt curtains are not designed to impound water completely, and it is reasonably expected that some silts will move underneath. By allowing the silts to settle from the upper portion of the water body, the area of spread will be limited significantly and the chance of the silts being re-suspended will be reduced.

Water should always be allowed to flow underneath the curtain. A minimum 0.5m gap should exist between the weighted, lower end of the skirt and the bottom at LAT. This prevents the skirt from being covered by silts, which may cause submersion of the flotation as the tide rises. It also prevents re-suspension of particles on the other side of the curtain that might be caused by the weighted lower end of the skirt hitting the seabed in waves.

Also interested in knowing more about the impact of wave actions and force loads? View our full technical note here, or feel free to contact us for further information.