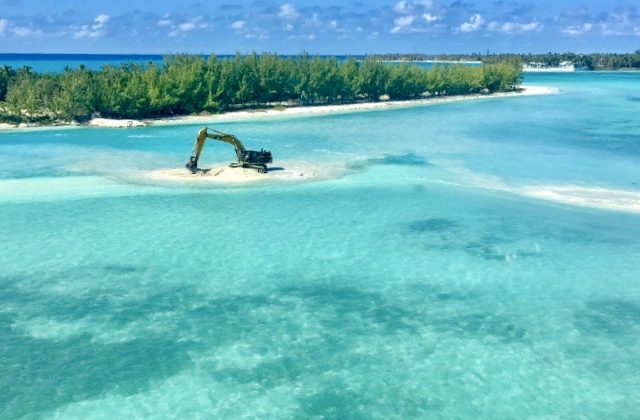 Responses of corals to chronic turbidity: The significance of light attenuation

A recent scientific study describes the responses of corals to chronic turbidity. It is known that dredging increases suspended sediment concentrations, causing elevated turbidity and light attenuation. However, when does it become a risk to corals?

The researchers evaluated the impact of different turbidity levels on various coral species. They pointed out that turbidity profoundly affects underwater light levels. Sites around the dredging location are frequently experiencing days in darkness and extended periods of very low light, resulting in a range of physiological and biochemical shifts in the health of the corals. The most common effects are coral bleaching or lightening. In some cases, especially in low light (high turbidity), partial mortality would occur. While they did not take smothering into account, the combination of both can be devastating.

We are still very far away from reaching that goal. More serious measures should be taken to prevent severe impacts on nearshore ecosystems, such as coral reefs, during land filling, dredging, disposal operations or other construction activities. These measures could include the use of up-to-date technology and least impactful mode of operation. At the same time, it is important to contain the suspended sediment, which can be done by using silt curtains, also called turbidity barriers.

Silt curtains not only contain or guide turbidity, but also prevent turbid waters from entering in other (protected) areas. They are an extremely effective solution in controlling dispersed suspended sediments – when specified and installed correctly (read our case study on silt curtain effectiveness here). Studies have shown that turbidity levels outside a curtain that is properly specified, deployed and maintained are reduced by 80 to 90 percent.

International regulations for silt curtain standards need to be put in place as well, to ensure the right solution is used for the right application. The lack of standards or specifications often results in performance issues on site, causing more harm than good to the marine environment. In cases where a curtain re-suspends sediment due to inappropriate design, selection or installation, turbidity levels outside the curtain can be higher than inside.

The results from this groundbreaking research have been released in a paper that can be accessed in Scientific Reports: Jones, R., Giofre, N., Luter, H.M. et al. Responses of corals to chronic turbidity. Sci Rep 10, 4762 (2020).